When you spend all-ish of your screen time on the English-language internet you have to deal with its mangled political terminology that’s largely a result of American peculiarities and therefore doesn’t work that well for the rest of us.

In America, socialists are called liberals, classical liberals are called conservatives, as are actual conservatives (when not called fascists, which are often pretty radical); social liberals are also called liberals and sometimes classical liberals even though social liberalism is called that because of its disagreements with classical liberalism. Meanwhile, social democrats are called socialists, and some radicals progressives, or, when they have an authoritarian streak, “very liberal” — which of course they aren’t because they aren’t at all like libertarians, that also tend to get called conservatives (even though they’re also quite radical) because they’re far to the right in many ways, but different from the “far right” of course, which are often moderately to the left on economic issues. Do keep up.

Yes, political labels are used in ways that have little to no connection their literal or plain meaning. This mess isn’t a uniquely American problem, but having what’s in practice a two-party system makes it a lot harder to properly identify subgroups because everything gets subsumed into a single two-sided model, which — because of cultural dominance — also affects everyone else in a partial, particularly confusing way. Thanks America.

“Liberal” has been butchered by this more than any other word. Because of a weak-to-nonexistent socialist flank American liberals wound up allied with a few social democrats against conservatives, while European liberals were more likely to team up with conservatives against socialists and social democrats, giving the word almost opposite meanings on each side of the Atlantic because they tended to be found on different sides.

But “liberal”, “progressive” and “conservative” did mean things other than code words for “left” and “right”, which themselves mean little more than “one side” and “the other side”. Yes, there is some kind of essential difference between left and right, but it’s elusive enough for internet policy nerds to spend a lot of effort trying to pin it down.

Much of what makes left left and right right is historical continuity of political alliances, with the one-dimensionality mostly a result of the game-theoretical truth that in fights, groups tend to form bigger groups until there are only two sides — and what defines left vs. right will be whatever they two resulting alliances are disagreeing about. When their composition changes quickly we get disoriented. “Wait, protectionism is right-wing now?” 15 years ago rants on the evils of globalization was something you expected from stone throwers with green hair and a nose ring.

This is frustrating for those of us that want to define ourselves in terms of ideas instead of sides. Left and right have eaten the words I want. If you take liberal, progressive, and conservative literally I’ll sign on each line. I’m all three — an LPC — and I wish I could call myself that and have people understand me.

To be liberal is to be live and let live. It means acceptance of difference and of pluralism of thought, feeling and action as legitimate and not as a problem to be suppressed. It means tolerance in its classical meaning: accepting the existence of what you’d rather see gone.

Liberalism stands opposed to authoritarianism, naturally. But not just that. It also opposes a communitarianism where your individual needs, wants and rights are subordinate not to the duties attached to your place in a hierarchy, but to the needs and wants of the rest of the community. To be liberal is to strive for everyone’s self-authorship, self-determination and freedom from involuntary obligations, towards either the better off or the worse off.

That opens up a lot of questions about priorities, but this brand of liberalism is less of a full political philosophy than an attitude: profound skepticism towards all restrictions of individual autonomy, whether in the service of stability, efficiency, safety, harmony or equality.

I’m probably about 85% liberal. I recognize the importance of correctives, but they definitely come second. Those ~15% are environmental and cultural externalities, coordination problems, duties to friends and family, and the internal conflict between long-term self-authorship and short-term freedom (coordination problems can be psychological as well as social).

To be progressive is to think things can and should be better. It means looking at the world, assessing its shortcomings honestly and figuring out how it can be improved. The world isn’t fair. Some of that can’t be helped, but a lot of it can. We’ve been doing a decent job of it for the last few centuries, but we aren’t done. Things to improve come in two classes: fixing inefficiencies and fixing injustices. The intersection of the two is our priority. 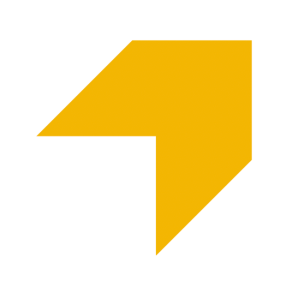 Common opposites to progressive is regressive or reactionary. I’m not fond of those because hardly anybody uses them to refer to themselves, which is big red flag. The opposite of what I mean by progressivism here is traditionalist in 1) a sense that things used to be better and have now degenerated or 2) a conviction that social structures are impossible to improve because they’re literally God-given, follows from an all too rigid conception of human nature, or are already fully just. I don’t believe any of those things. Many morals, habits and institutions did play an important part in the past, but we need to look at them soberly and let them go when they’re no longer viable.

There are a lot of questions here as well, mostly about exactly what we’re aiming at and what can be achieved. Here I point to liberalism and the extension of as much self-determination as possible to as many people as possible. I think economic, political and technological advances can in theory free us all from unwanted restrictions, but only if we get it exactly right. That’s why I’m only about 75% progressive and not 100%. There’s a corrective here too. The mix needs about 25% understanding that supposed improvements have side effects (and many previous improvements have had some negative side effects), that human nature is not ignorable, that there’s a limit to how well people can adapt to unnatural circumstances, and that we might not be able to solve every problem for everyone at the same time.

To be conservative is to appreciate what has been accomplished and not take it for granted. It is showing humility in trying improve society; civilization is a complex, delicate machinery that nobody fully understands, and we mess with it at our peril. This kind of conservatism has an engingeering mindset that desires progress but understands that it depends on competence at least as much as on good intentions (see the section on competence vs. loyalty in Facing the Elephant for a discussion), and is therefore highly suspicious of zeal. Since no one has the understanding required to remodel society all at once — and attempts to do so reliably turn disastrous — improvements need to be incremental and continuously reevaluated so we don’t break everything. 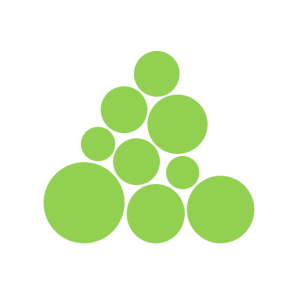 The foil to this conservatism isn’t liberalism or progressivism but radicalism. Radicalism is the attitude that society is profoundly corrupted and needs to be burned to the ground for a new, just world to follow. It’s Rousseau’s vision of humanity, assuming that harmony, justice, prosperity etc. are natural and will emerge unless evil social structures are there to corrupt us[1]. To me this seems almost completely false: harmony, justice and prosperity are small, diffcult-to-hit goal areas in society-space and their achievement has to be carefully and iteratively engineered[2].

That’s why I’m about 80% conservative. The remaning 20% is the recognition that systems can get stuck in grooves and there often isn’t a navigable continuous path to a better solution. Systems (software, societies, organizations etc.) also reliably acquire cruft over time, and sometimes a complete restart is the only way to proceed. Nevertheless, even when a clean slate is the best way to make things better, new systems must 1) grow alongside existing systems instead of relying on tearing them down first and then hope for the best[3], and 2) be small scale and voluntary to contain the effects of failure, which is going to be the result 90% of the time (which is fine). The slogan “move fast and break things” sounds very different coming from a Marxist-Leninist revolutionary than a Silicon Valley entrepreneur.

Taken together this produces a political perspective — not a full ideology but a stance. It wishes for everyone to be able to live their lives as they see fit with as few restrictions as possible, it recognizes that we’re currently failing to achieve this and suggests studying the shortcomings closely in order to address them rationally and carefully, keeping more radical experimentation small scale.

That sounds maddeningly vague because it doesn’t say anything where you come down on a number of major issues-du-jour. But I think that’s appropriate because LPC:s do have a rather vague, vacillating case-by-case attitude and approach politics with mental tools from other domains rather than conceiving of the world in fundamentally political terms. Conversely we/they dislike those whose visions of a just society are not vague — people with strong and detailed moral convictions about how everyone is supposed to live and what is and isn’t permitted, in other words lovers of loyalty, leadership or orthodoxy in service of whatever grand goal.

This pits LPC:ism against both the far left and the far right (which one is the worst depends on which is closer and feels more threatening at the moment) and this is what makes many LPC:s want to call themselves centrists. We get forced into it because the side-taking monster have devoured all the other words and trying to use one directly opposed to the side-taking is one last, desperate try for stability outside the dual left-right gravity well.

I’ll call myself a “centrist” if I have to but I wish I didn’t. I’m liberal, I’m progressive and I’m conservative, but saying either one in isolation is going to make people assume things I don’t want them to assume.

Maybe I should call myself an LPC and point to this.

[1]
This has the very bad consequence of unconditionally validating the radical’s anger and resentment-driven desire for destruction. At the core of radicalism lies the idea that problems, fundamentally, are caused — rather than insufficently adressed — by the social order. Not to say that no problems are, but the fact that problems exist, people have competing interests, things need to be done, and we can’t just live in prosperous, equal harmony and do whatever we want all the time is not an artifically imposed constraint and something has to give. Hence the System, maaan.

[2]
As I mentioned in 30 Fundamentals I think this is a result of us living in unnaturally large societies (rather than hunter-gatherer bands) that our intuitive sense of morality and justice aren’t capable of dealing with well. When everyone no longer knows everyone else, a phase shift occurs and we have to rely on unintuitive systems that makes possible a level of coordination our intuitions alone can’t achieve — but also problems and abuses our intuitions won’t accept.